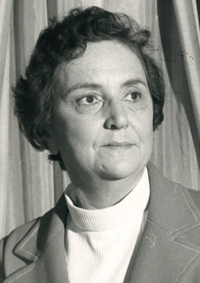 We sadly announce the passing of Mary Ann Brickey, age 100, of Glen Carbon (formerly of Jerseyville) at 10:22 p.m., Sunday, August 8, 2021, following a stroke. She was lovingly attended by family, while in hospice care at Eden Village in Glen Carbon.

Mary Ann met her husband, Ray Brickey Jr. while both were performing at the Municipal Opera in Saint Louis, she in the dance chorus and Ray in the singing chorus. They married on November 27, 1943 in Saint Louis.

After moving to Jerseyville, she dedicated herself to raising a family and to teaching dance (jazz, tap, ballet) to children from pre-school age to high school. For forty years in all, in her home studio, she was a teacher/guide to the many students who took lessons from her. She was very proud of and supportive of all her numerous students, including those who went on to college and professional dance venues.

After retiring from teaching dance, as a vocalist and dedicated performer she sang in twenty-seven operas. She also performed for four years in the St. Louis Symphony Orchestra Chorus. As a choreographer, she created dance routines for eighteen musicals at Jersey Community High School.

Mary Ann and Ray were the parents of five children, James, Michael, Debbie, Ann and William. She was strong, supportive and indefatigable in her family life, just as she was in her life as a teacher of dance.

Visitation was held on Monday, August 16, 2021 from 5 to 7 p.m. at Crawford Funeral Home in Jerseyville.

Memorials may be given to St. Francis/Holy Ghost Catholic School or to The Muny  in Saint Louis, Missouri.