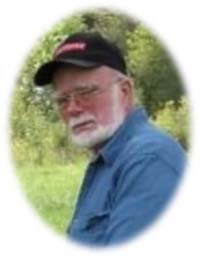 Richard Marshall Six, age 74, of Easley, SC passed away on Sunday, July 11, 2021 in Greenville, SC after a long battle with heart disease. He was born on October 10, 1946 to Richard Lee and Frances Ranft Six. Richard married Nancy Massey and to this union, two sons were born, Todd and Scott.

Richard attended Griggsville schools. He was a farmer and skilled carpenter by trade. He enjoyed hunting, gardening and raising numerous breeds of indoor/outdoor plants. He also enjoyed watching westerns and programs about nature. Richard was of Christian faith and was baptized at the Woodruff Road Christian Church.

Richard was preceded in death by his parents, Richard and Frances Six; brother, Greg Six; and first wife, Nancy Frazier.

Committal of ashes was Tuesday, August 17, 2021 at 11:00 AM at Wilson Cemetery. Online condolences may be left to the family at www.nieburfh.com. Niebur Funeral Home in Pittsfield is handling the arrangements.