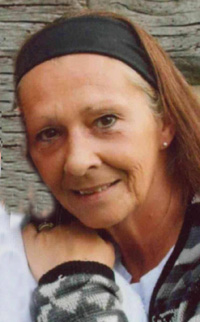 She was born in Jerseyville, Illinois on January 24, 1961, and was the daughter of Charles Maurice “Pudge” and Patsy Louise (Warix) Jones.

For many years, Twila worked at Temple Cleaners in Alton as well as Plaza Cleaners in Jerseyville.  She also tended bar from time to time, namely Midway Tavern in Delhi and Trackside in Jerseyville. Most recently, she worked as a cook for Tri-County Bowl in Jerseyville, where she established many close relationships over the past 10 years. She married the love of her life, Bruce Audie Price on June 21, 1980 in Jerseyville, and together they shared a life that spanned 36 years before his death after a battle with cancer on Jan. 30, 2017.

Surviving are a daughter, Casey Price of Jerseyville; a son, Bruce Price Jr. of Jerseyville; a granddaughter, whom she considered her “Little Princess”, Harper Price; a sister and brother in-law, Penny and Darrell Forsythe of Brighton; and three brothers and a sister in-law, Danny and Sharon Jones of Cottage Hills, George Jones and Dwayne Jones both of Jerseyville; along with numerous nieces and nephews.In addition to her parents and husband, she was preceded in death by two brothers, Robert Eugene Jones and Donald Ray “Donny” Jones.

She will be laid to rest alongside her husband, at Oak Grove Cemetery in Jerseyville.