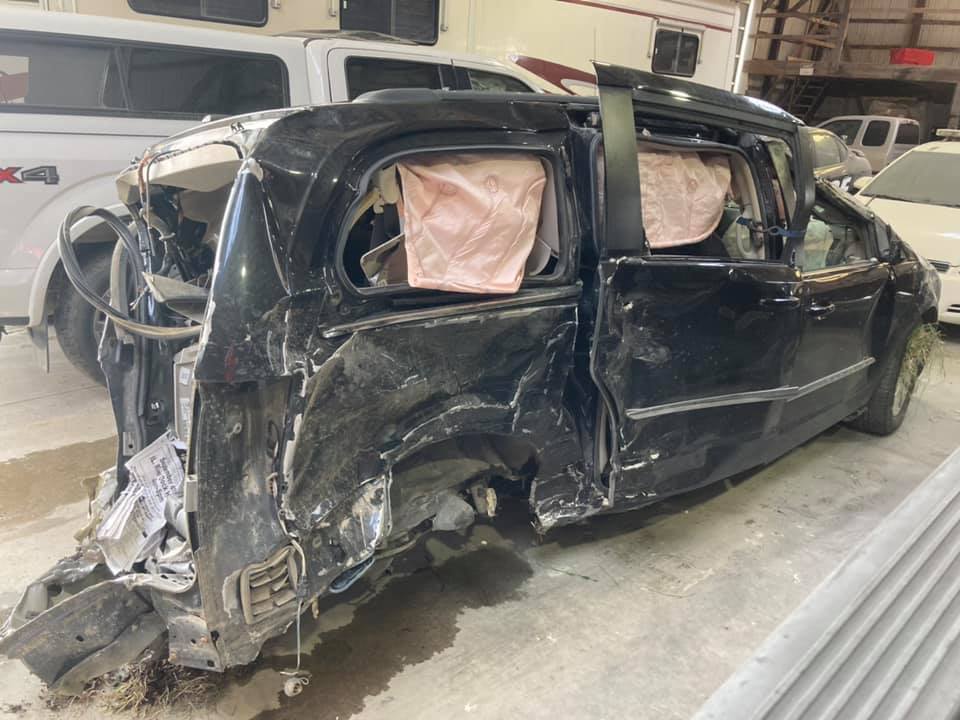 LeaAnn Klaas of Batchtown and passenger Meghan Klunk of Kampsville are both car crash surviors. Klaas’s van was hit on the passengers side first and then drivers side before it rolled on Wednesday, Aug 18 at Otterville Road and Rt. 16. (Submitted Photo)

LeaAnn Klaas of Batchtown and Meghan Klunk of Kampsville are giving thanks to the Lord  that they are alive. Both women, who are from Calhoun County, survived a horrific car crash and escaped with some minor injuries after surviving a terrible accident on Illinois State Highway 16  on Wednesday, Aug 18. The accident occurred around 11:16 a.m and the  Illinois State Police District 18 (ISP) responded to a three unit crash at Illinois 16 at Otterville Road, Jersey County. The drivers involved in the crash were as follows:

According to an Illinois State Police report, Adams, Klaas and Klunk were all transported to an area hospital with minor injuries. Jones was flown to a regional hospital with life-threatening injuries.

“I am just extremely sore and we were very lucky. I had a passenger with me, and we both walked away with just – you know – some scrapes and  bad bruises,” Klaas said.

Although she suffered from minor injuries, Klaas doesn’t remember much about  the accident except for a few details of where she and Klunk were headed.

“So I honestly don’t recall much and I never saw any of it coming. All I know is that we were traveling towards Jerseyville and there was a Ford Explorer that came out of that lane,” Klaas said. “I don’t know if  the driver  ran the stop sign  but he hit the back of my van and pushed me out into the oncoming traffic.” 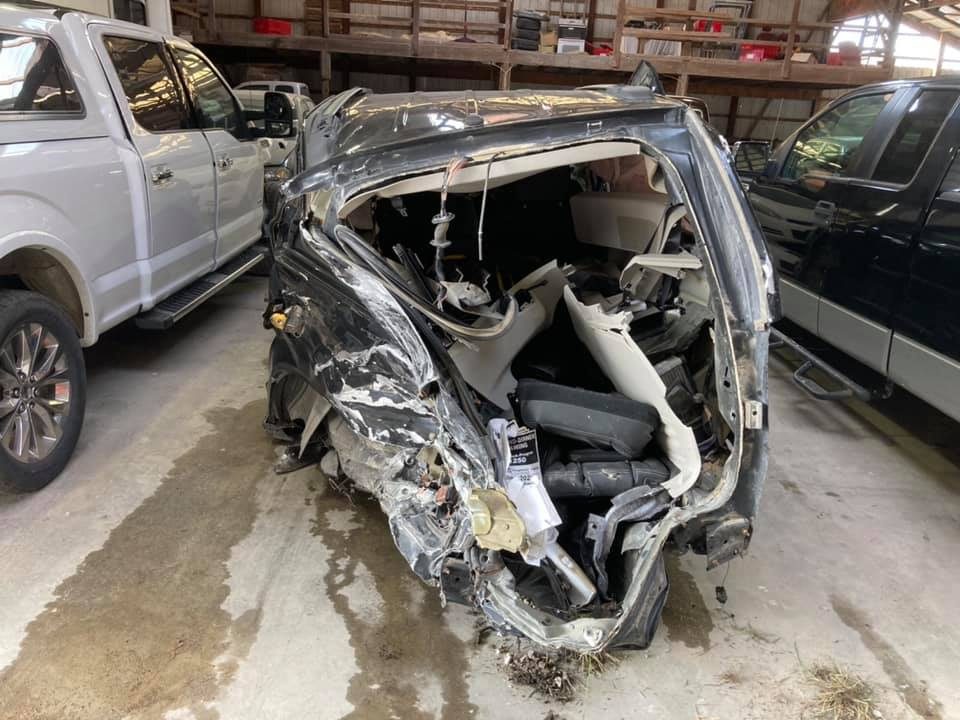 View of the rear of Klaas’s van after surviving massive crash. (Submitted photo)

Klass mentioned the scary part was, she and Klunk were pushed out into the other lane as a white truck hit the driver side of the van.

“We ended up flipping and ended up in the field. I am counting my blessings, that’s for sure. My car looks phenomenal compared to what that van looked like. God and guardian angels were with us, for sure.”

The roadway was closed for approximately 2 hours during the crash investigation.

“There was no one hurt or killed, thankfully,” Sheriff Mike Ringhausen said. “I was called out to the scene and I was only there for a short time before the ISP asked me to help divert traffic because they were shutting down the road for cleanup. I went around and made sure no one entered the site where the accident happened.”

Ringhausen said it took about two hours to clean from the accident scene.

“We were pretty lucky because it usually takes awhile for ISP to arrive on scene but it so happened that ISP was in the area helping us out on another case and it didn’t take long for them to show up,” Ringhausen said.

Eric Klaas and his wife are doing what they can to help prevent more accidents in the area. They both would like to see some changes made to that intersection and Klaas’s husband, Eric,  did contact the county highway just to see what they could get started.

“The important thing we wanna stress is there are so many accidents at that site,”LeAnn said.

“ Something needs to be done at that intersection to keep this from happening;” Eric said. “I contacted the highway department and gave them my thoughts, which are to put rumble strips in the driving lane on Northbound Otterville road to alert unknowing drivers of a stop sign ahead and prohibit the planting of crops so close to the highway at the intersection.”

Klaas is grateful to all the help they received.

“There were two ladies who came to the van before the ambulance arrived. They were really sweet and were very helpful,” Klaas emphasized. “ I don’t know who they were but God was with us that day.I just want to stress that we were definitely, definitely saved and the hospital staff was amazing.”

According to ISP’s police report Adams was cited for disobeying a stop sign and for failure to reduce speed to avoid an accident.

Illinois’ COVID-19 disaster proclamation to end in May 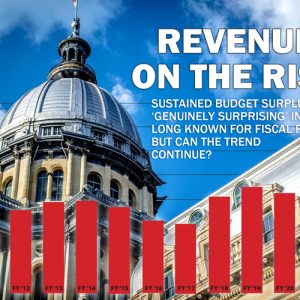 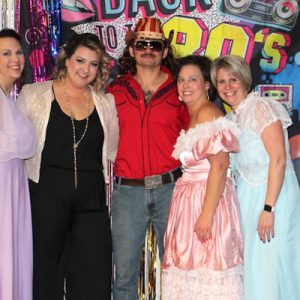