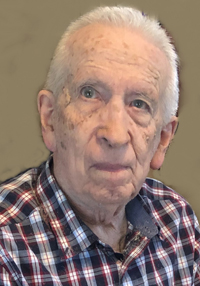 Robert F. Kopps, 87, of Griggsville passed away Thursday evening August 19, 2021 in Quincy. He was born January 16, 1934 in Quincy the son of the late Harry A. and Henrietta Farrand Kopps. He married Barbara Kallenbach November 18, 1956 at the Perry United Methodist Church.

Robert was a 1952 graduate of Griggsville High School and then a 1956 graduate of Knox College in Galesburg with his Bachelor’s degree in business administration. He then honorably served his country for two years in the US Army. Upon completion of his service, he returned to Griggsville and began his career as proprietor of Kopps Lumber Company in Griggsville. Retiring in 1997. He was an active member of the Griggsville United Methodist Church, serving as a Trustee and treasurer for the United Methodist Men’s group. He served on the Board of Directors for Farmers National Bank, and was a 50-year member of the Masonic Lodge.

Surviving is his wife of 65 years Barbara at home, daughter Angele Kopps-Bedenbender (Corey) of Perry, two grandsons Johnathon and Joshua Bedenbender both of Perry. A Niece Elain Sorrill of Jacksonville and a nephew Carl Staff of Oquawka. Preceding him in death were his siblings Lawrence Kopps and Anna Kopps.

A funeral service will be held at 10:30 am Wednesday August 25, 2021 a the Griggsville United Methodist Church. Burial will be in Griggsville Cemetery where military honors will be conducted. Visitation will be held on Tuesday from 4 until 7 pm at the Airsman-Hires Funeral Chapel in Griggsville with Masonic rites at 7 pm. At the funeral home. Memorial contributions can be made to Bright Focus Foundation for Macular Degeneration Research, Alzheimers Association, American Heart Association of the Griggsville United Methodist Church.