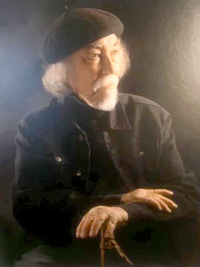 Gregory Lloyd Perdun, 71, passed away at 5:10 p.m., Monday, August 16, 2021 at Barnes-Jewish Hospital in Saint Louis, Missouri as a result of complications from COVID-19.  He was born on Jul y 12, 1950 in Carrollton, one of four children born to the late Howard “Dick” and JoAnn  (Sunderland) Perdun.  Greg graduated wit the Class of 1969 from Jersey Community High School and went on to obtain his Bachelor of Science Degree in Anthropology from Southern Illinois University in 1973.  He enlisted with the United States Army in March of 1974 and was trained as a Meteorologist for Infantry Battalion in Ft. Lewis, Washington and Furth, Germany.  He began his working career as a carpenter, prior to obtaining a job as a Mail Carrier with the United States Postal Service, gaining many valued friendships throughout the years.  Greg was a longtime member of the Illinois Archeological Society and was well known for his vast collection of artifacts from many eras. He enjoyed studying his family genealogy and was proud to have published multiple family history books for his family. He also took great pride participating in Rendezvous and reenactments from the 1700’s, and encouraged his grandchildren to participate with him as often as possible. Often times stubborn in nature, Greg cared deeply for his family and his grandchildren brought about a much softer side in him. Running a close second, was his love for his chickens and his dog, Monique, who he proudly toted along with him for annual Marti Gras events. Surviving are a daughter, Whitney Perdun and her fiancé, Kip Hanner, of Alton; his longtime companion, Pricilla Lane of Kane; four grandchildren, Jane and Mathew Gabriel Wedding and Caleb and Brayden Lane; a brother and sister in-law, Richard and Mary Kay Perdun; two sisters and a brother in-law, Diane and Richard Heitzig and Rosemary Wock, all of Jerseyville.

In addition to his parents, he was preceded in death by a son in-law, Mathew Todd Wedding and a brother in-law, David Wock.

Memorial visitation took place from 4 p.m. until time of Memorial Services at 7 p.m. on Tuesday, August 24, 2021 at Crawford Funeral Home in Jerseyville.

In lieu of flowers or plants, memorials may be given to Jersey County Historical Society.