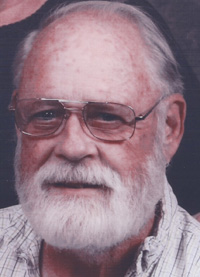 Richard Lee Short, 81, of Godfrey, Illinois, passed away on Sunday, August 29, 2021. Richard was born on May 24, 1940 in North Vernon, Indiana to Henry Allen and Julia Marlow (Cruz) Short.  He grew up and attended school in the St. Louis, Missouri area. After high school, Richard furthered his education and started his working career as an electrician.

Richard was united in marriage to the love of his life, Jean Hammett, on April 6, 1961 in St. Louis, Missouri and together blessed with forty-three years of marriage before her passing in 2004. Richard and Jean were blessed with five children: Angela, Mike, Sherri, Steve, and Karlae.

In his early working years, Richard began working at Century Electric. He built a home in Jadwin, Missouri and worked many years as an electrician at the Amax Lead Company.  Later he moved back to the St. Louis area where he was employed by Ford Motor Company. Always a hard worker, he retired from Ford at age sixty-seven in 2007 after twenty years of dedicated service.

Richard enjoyed working with his hands and woodworking; he was very talented and took pride in his work. Over the years he spent countless hours building and made many treasures his family will continue to enjoy, including porch swings, cradles, and a roll top desk. Richard was a natural tinker and enjoyed tinkering on old cars. It was often said of Richard that “if he can’t fix it, it can’t be fixed.” Richard was active in the community and loved helping others.

Richard was a family man and truly treasured spending time making memories with his family, especially with his grandchildren and great-grandchildren. He cherished time spent with his life partner, Doris Whitlock; they did everything together and truly enjoyed each other’s company.

Richard was a loving and caring man who will be forever missed by all who knew and loved him. A celebration of life will be held at a later date.