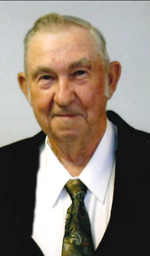 Paul served with the United States Army during the Korean War, and began his working career at Shell Oil Refinery in Wood River. He later accepted employment with Olin Brass Mill, where he remained until retiring in 1991.

He was a lifelong resident of Kane, and graduated from Kane High School. He enjoyed his yard, gardening, and later during his illness, found contentment watching the hummingbirds through his bedside window. He was a member of the First Assembly of God in Jerseyville, and served his community as a trustee on the Kane Township Board for many years.

Paul married the former  Bonnie Turner on June 24, 1955 at the First Assembly of God in Jerseyville, and together they shared 65 years of marriage and the joys of their two children before her death on  August 14, 2020.

In addition to his parents and wife, he was preceded in death by a beloved son, Douglas Hetzel on Dec. 13, 2009; a grandson, Justin Mundy; a brother, William June Hetzel; and two sisters, Berniece Woolsey and Tessie Mottaz.

Visitation was from 5 to 8 p.m. Wednesday, Sept. 22 at Crawford Funeral Home in Jerseyville.

Funeral services will be conducted at 10 a.m. Thursday, Sept. 23 at First Assembly of God in Jerseyville, with Rev. Joel Lohr officiating.

He will be laid to rest in Kane Cemetery with military honors being conducted by the Jerseyville American Legion Post #492.

Memorials may be given to the Kane Cemetery.