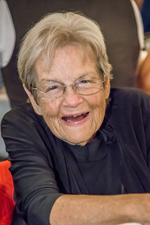 Joy was born December 2, 1932 in Quincy, a daughter of Duane and Zoe Merriam Hillman. She married Charles A. Borrowman of Nebo and they were later divorced.

Joy was a homemaker and operated a beauty shop in her home. She was also an L.P.N. and in 1982 she graduated from Lincoln Land Community College as an R.N. She was then employed at Memorial Medical Center in Springfield until her retirement in 1997.

Joy was a graduate of Pleasant Hill High School and in 1950 was named the Pike County Fair Queen. She was instrumental in the founding of the Harman House Museum in Pleasant Hill, driving from Springfield to Pleasant Hill quite often to set up and catalog all the donated items. She loved to travel, often taking trips by herself and sleeping in the back of her van. She enjoyed tracing her genealogy and visiting all the places her ancestors had lived. Most important to her was spending time with her grandchildren.

Joy was a member of the Church of Christ, first in Pleasant Hill and later in Griggsville.

Joy was preceded in death by her parents, two brothers, Dean and Frank Hillman and one great granddaughter, Maryelle Joy Weatherford.

Cremation is being accorded. A graveside memorial service will be held Saturday, October 2, 2021 at 2 p.m. at Crescent Heights Cemetery in Pleasant Hill. There is no visitation, however friends are invited to the graveside service.

Memorials may be made to the Harman House Museum in Pleasant Hill.

Lummis Funeral Home in Pleasant Hill is handling the arrangements. 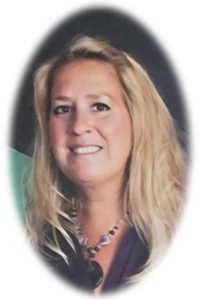