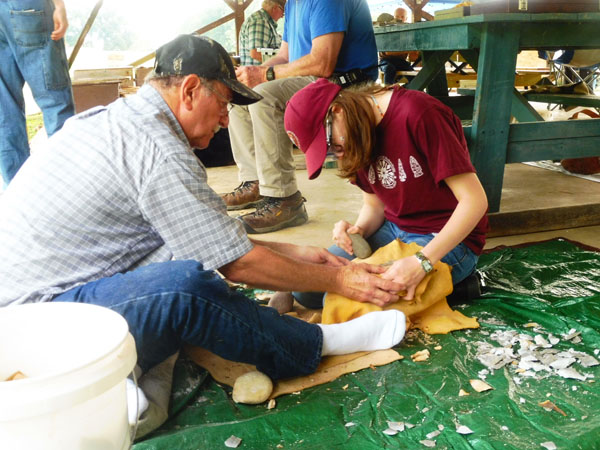 On Saturday, the riverfront was flowing this weekend with a sea of people. Many people floated over from their educational outing at Old Settler’s Days in Kampsville to the McCully Heritage Project ‘s Fifth Annual Kampsville Knap-In. People had an opportunity to learn more about historical practices, live demonstration, as well as a discussion on why flint knapping is such a rewarding skill and hobby.
So did you ever wonder how they made an arrowhead or another stone tool?
“Well by going to the knap-in people had the chance to find out. This event is both fun and educational and ties in really nicely with the activities going on at Old Settlers Days in Kampsville,” Michelle Berg Vogel, director of the McCully Heritage project, said.
According to Berg Vogel, a knap-in is a gathering of modern flint-knappers, stone tool makers who are practicing the art of making ancient stone tools.
She said the event will highlight these flintknappers from around the area and demonstrate their skills and techniques in making stone tools.
But flintknapping wasn’t the only thing visitors had a chance to learn about at the knap-in. On Saturday, a traditional bow demonstrated traditional bow and arrow making techniques. Visitors were able to shoot with a traditional bow and arrow that they learned how to make..
“Participants of all ages were encouraged to try their hand at flint knapping In addition to flint-knappers, archeologists from the Illinois State Archaeological Survey were available to examine and identify personal artifact collections,” Berg Vogel said. “ While the identification is for educational purposes only and no values were given, anyone who brought an item or collection is certain to learn something new about their treasure.”
There were numerous demonstrators who entertained audiences throughout the day.
People were able to participate in hands-on activities such as spear throwing, bow, arrow shooting, ceramics and there was an atlatl (ancient spear thrower) maker who attended, allowing participants to throw spears with these ancient tools.
The event was held in conjunction with the Center for American Archeology, which offers flintknapping workshops for adults and provides educational opportunities in flintknapping and other ancient technologies for youth. 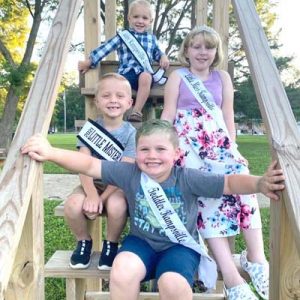 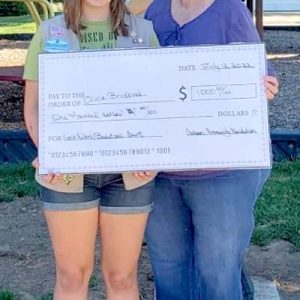