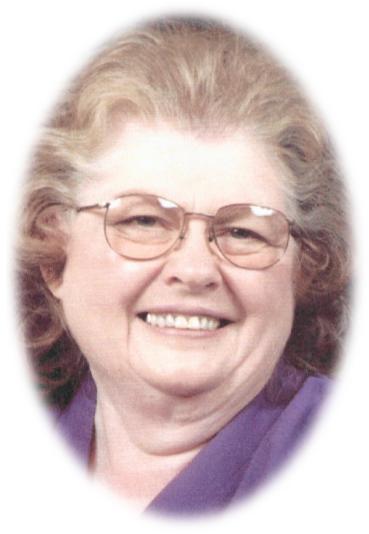 Naomi Elizabeth Ruhl Heightman, age 87, of Griggsville, IL passed from this earthly life on Saturday, October 16, 2021 at Sunset Home in Quincy, IL. She was born on June 19, 1934 in Springfield, MO to George L. and Martha A. Weed Ruhl. She married Robert Heightman on June 18, 1965 in Brookline Station, MO and he preceded her in death on October 17, 2010.

Naomi’s parents were owners of a corner grocery store and popular ice cream business, Ruhl’s Ice Cream; she was always very proud of their family business. Naomi graduated from Greenwood High School in 1952 and from Drury College in Springfield MO, with a B.A. degree in 1956. For several years she taught home economics at various schools in Missouri and Kansas. During the summers she and her parents traveled across the country visiting National Parks. A traveling preacher told her about a widower with 4 young children in Griggsville, Illinois that he knew. Thus started a long distance courtship with Robert Heightman. Naomi and Bob were married June 18, 1965 in Springfield MO. They went on to have three more children. Naomi provided the arts and music side of life to all the children. She taught life skills of sewing, gardening, canning and cooking. She made sure everyone had a chance at 4-H by becoming a leader so we could have meetings after farm chores were done. She brought the first record player into the house so that her new kids could enjoy a variety of music, this was the time before TV. One of our favorites was ‘Tubby The Tuba’. She enjoyed tracing genealogy (before the internet) and visiting with people about it. She was able to reconnect with lost relatives and long lost childhood friends and classmates. She loved to give neighbors and friends tours of her flower gardens. Many left with starters for their own gardens. With the help of neighbors and friends, she was able to stay on the farm enjoying her garden and many flowers until recently. She was a member of the Barry Church of Christ. When she could no longer get out to services, she participated with online service from the Kansas City Expressway Church of Christ in Springfield, MO. Even up to the Sunday before she passed, Naomi was watching church service and trying to sing along. She enjoyed reading her Bible or having it read to her and also enjoyed acapella music. Anyone who came to visit was asked to read to her from the Bible for a while.

A Celebration of Life will be held on Friday, October 29, 2021 at 11:00 AM at Niebur Funeral Home with interment following at West Cemetery in Pittsfield. Memorials are suggested to be made to Barry Church of Christ or Blessing Hospice. Online condolences may be left to the family at www.nieburfh.com. Niebur Funeral Home in Pittsfield is handling the arrangements.