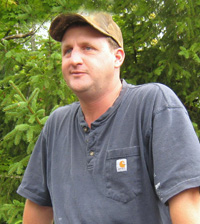 Daniel Barton “Bart” Kramer, 45, passed away Sunday, October 31, 2021.
He was born in Jerseyville on July 23, 1976, one of three sons born to the late David Peter and Margaret Mary (Campbell) Kramer and was a 1994 graduate of Jersey Community High School.
From a young age he was instilled with the value of hard work and commitment to family. For many years, he worked each day living out his passion – farming the family land. He also owned his own tiling company for a period of time, and in 2017 became the Owner/Operator of Piasa Motor Fuels.
He met the former Kimberly Cranmer in 2006, and he immediately created a bond with her daughter, Morgan. Bart and Kim welcomed their son, Jacob, in 2014 and were married on February 10, 2017 in Branson, Missouri. He lovingly raised Morgan as his own, and together their family enjoyed many trips to Branson throughout the years, as well as trips to Wisconsin, where Bart enjoyed snowmobiling.
Although he was often a man of few words, Bart never met a stranger. He enjoyed the simple things in life, spending time outdoors, working on the farm, countless combine and tractor rides with his nephews and enjoying a cold Bud Light Orange. He would do anything for anybody and valued the time spent with his family and friends.
Surviving are his wife, Kim Kramer of Medora; two children, Jacob Daniel Kramer and Morgan Marie Kiel, both at home; and two brothers and sisters in-law, Scott and Sara Kramer and Matt and Heather Kramer, all of Jerseyville.
In addition to his parents, he was preceded in death by his paternal grandparents, Joseph Robert and Mildred Katherine Kramer and his maternal grandparents, June May and Leone Campbell.
Memorial visitation will take place at Crawford Funeral Home in Jerseyville on Thursday, November 11, 2021 beginning at 4 p.m. and concluding with a final toast to Bart at 7 p.m.
Private burial will take place at Oak Grove Cemetery.
In lieu of flowers or plants, memorials may be given to the family, in care of the funeral home.
Memories may be shared with the family by visiting www.crawfordfunerals.com 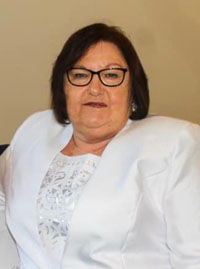