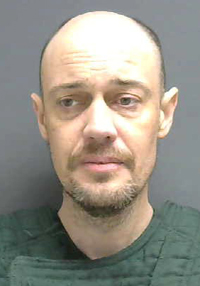 A Hull man is in custody after it was alleged he set fire to five houses and a car in Hull Sunday morning. One of the houses was his own. The houses were in the neighborhood of Cherry and

Brian D. Morris, 41, Hull, was identified by area residents as the man starting the fires.

“The other houses had minor damage,” Sam Reed, Hull/Kinderhook, fire chief said. “His house and the car had significant damage.
Deputies and Illinois State Troopers responded to the calls which came in starting at 11:24 a.m.

Upon the arrival of the initial deputy, he observed the subject running with a gas can that was on fire. As the deputy stopped his vehicle to apprehend the subject, the suspect poured gasoline on a vehicle, which immediately set it on fire. The deputy was able to access a fire extinguisher and put it out but not before significant damage was done.

The Deputy was able to apprehend the Morris, who was later transported to the Pike County Jail, where he is being held awaiting a court appearance.

Pike County Sheriff David Greenwood said the crime scene investigation is complicated due to the fact there are multiple crime scenes. Illinois Crime Scene Technicians were called to the scene to assist in the investigation.

Several area fire departments were called to the scene as well as the Illinois State Fire Marshall. 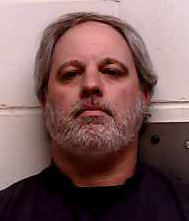 Submitted photo
A photo of Curt Williams from a previous arrest. Police say Williams was uncooperative at the time of his arrest and they were unable to get a current photo.

A Pleasant Hill man, James Heatherly, 51, was seriously injured Saturday Nov. 20 when he was stabbed in the neck in Lindsay’s Tavern in Pittsfield.

The incident was reported about 7:30 p.m.

The suspect, Curt Williams, 61, Chambersburg, has been arrested and is lodged in the Pike County Jail.

Heatherly was taken to Illini Community Hospital before being airlifted to St.John’s in Springfield. His injuries were originally reported as life-threatening but, his condition has been upgraded to stable but serious.

Pittsfield City Police Chief Micheal Starman says despite rumors on Facebook, residents should rest assured that there was one incident; one suspect; one victim, and no fatalities. The weapon has been recovered and is possession of law enforcement.

Williams has been charged with aggravated battery and unlawful use of a weapon. Additional charges are likely.

The Pittsfield Police Department is being assisted by the Illinois State Police Crime Scene Investigators.

Williams has had his bond set at $250,000. He was due in court Tuesday morning to face the charges. 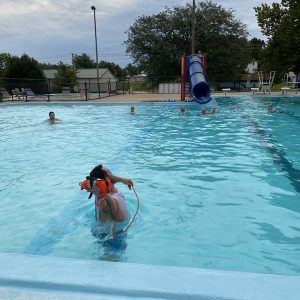 Throwing for distance and accuracy

What’s Happening in and around the Pike County Area 8.10.22