25 YEARS AGO: PITTSFIELD MAYOR CONNER SAYS HE WILL NOT RUN FOR THIRD TERM

Inasmuch as we will not make our appearance until after the first day of the New Year, we take this occasion, without putting on style and indulging in extra trimmings, to wish our readers, one and all, a merry Christmas and a happy New Year.

There is to be a Sunday School concert at the Christian Church Dec. 28.

The term examination of the Pittsfield school began Tuesday and will continue until Friday. The fall term will close Friday with various literary exercises in the high school hall. The public is respectfully invited to attend the examinations, reviews, etc. of the several departments. The winter term will commence January 21.

The weather is still of a mild winter character, without rain or storms. The roads are in excellent condition for the wheel, and several of our scorchers are trying their speed.

Strauss & Bro. of Pittsfield have got 35 men and teams at work down on Dutch Creek clearing off 100 acres of timber land, which will keep them busy the greater part of the winter.

The Board of Supervisors has been in session for three days and nothing outside the usual routine has been transacted.

Mr. T. H. Miller at Bird Slough School has enough to keep him busy. There are 59 pupils on his roll. For opening exercises he reads from the Bible, all repeat the Lord’s prayer and sing from Fountain Songs.

Mr. Forgy at Eagle Slough School carries his own line of school apparatus. He has an abacus, a reading chart, a hand globe, a thermometer and a Leslie music chart.

After the regular rehearsal of the Pittsfield M. E. choir last week a surprise was sprung on three members of the choir whose birthdays occurred within the week—Mrs. Karl Greife, Miss Minna Scanland and Miss Stella Williams. A two course luncheon was served, after which the three honorees were each presented a silver pickle fork.

The society editor of the Democrat had the pleasure of accompanying Nurse Hansen on her rounds last Thursday when she visited the school at Gilgal. A Pittsfield girl, Miss Maggie McGary, is the teacher. The school is neat and clean with a splendid coal furnace, with ventilators and good windows and 38 of the happiest looking children we have seen in a bunch in a long time.

It appears that the Pittsfield water well is plugged in such a manner that little water can be pumped from it, and that the city in consequence is in a bad way for water.

Mrs. Homer Brown cut a bouquet of chrysanthemums from her yard Dec. 11, and says it is the latest she has ever cut flowers. They were on the south side of the house, which may have protected them from Jack Frost.

The Wabash began running their big 2400 engines over the Pittsfield-Maysville line last Monday. The rebuilding of the track by the Wabash is appreciated by local shippers and business men.

On a related issue, citizens and business men of Pittsfield have petitioned Western Union not to move its office from the south side of the square to the Railway Express Agency.

Saturday, Jan. 29 is the date set by the Pittsfield City Council to hold a vote on the proposed community airport.

At the April election, Pike County voters will vote on whether or not to abolish the office of coroner.

The home of Mr. and Mrs. Tony Steinberg, located a few miles south of Belleview in Calhoun County, is a living Christmas card with 7000 lights decorating their two-story house and 38 Christmas trees on the three acres of lawn in front of the large farm home.

The Young Musicians Club is now in its 20th year. It was founded in the 1950s by Miss Eunice Northup, a Griggsville native. Miss Northup later moved to California, and Mrs. Charles Curry of Griggsville has continued the organization, which includes around 25 girls and boys of grade school age from around Griggsville, with a few from Pittsfield.

Captain Michael Boren, son of Mr. and Mrs. Bruce Boren of Nebo, received his discharge Dec. 7, after nearly four years of active duty, including a year as a helicopter pilot in Vietnam.

Pittsfield Mayor Rick Conner announced at the annual city Christmas party that he would not seek re-election in April. Conner is retiring after two terms as mayor and one as alderman. He was elected alderman in 1985, and elected mayor in 1989 and re-elected in 1993.

James Halpin has announced that he is running for mayor of Pittsfield in the municipal election April 1. Halpin has been a Pittsfield alderman for 14 years, serving as chairman of several committees.

Jake Allen, senior Saukee football player, has been named to the Illinois High School Football Coaches Association 2-A All-Academic team. He is the son of Mark and Cindy Allen of Pittsfield

A 40-year-old Missouri man was killed on the Champ Clark Bridge last week. The bridge, which was built in 1928, was closed to traffic for approximately six hours as the wreckage was being cleaned up and the bridge was being inspected.

Senior Marlee Jo Bradshaw of the Griggsville-Perry girls basketball team, scored her 1000th point Dec. 12, as she scored 22 points against Brussels. She was awarded the game ball by her coach Denny Flesner. 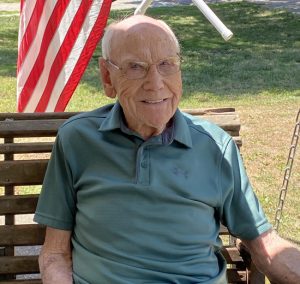 Davis says Pleasant Hill has been good to him

Fireworks, leave them to the professionals 202 fireworks related injuries and one death reported during 2021 in Illinois 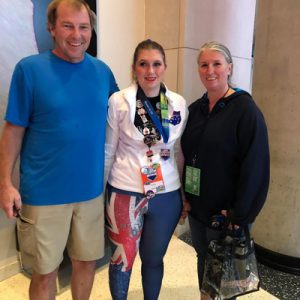 Bronze medal for Hart and team 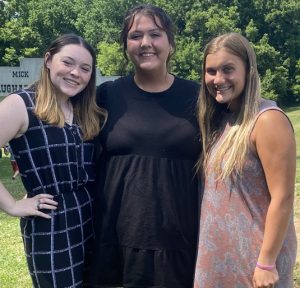