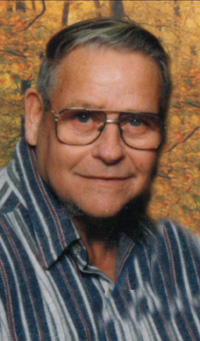 Thomas Joseph Webb, 85, died at 4:15 p.m., Tuesday, Dec. 7, 2021 at his residence.
He was born on Aug. 2, 1936 in Hardin, Illinois to the late Jesse and Leda (Cates) Webb.
Joe enjoyed dancing and was known for his hard work ethic, working for many years as a Welder with Hampton Rides in Portage De Sioux, Missouri, retiring in 2001.
He married the former Carol DeGerlia on April 1, 1994 and together they have been blessed with 27 years of marriage.
In addition to his wife, Carol, he is survived by 2 sons, Gene Oliver and David Webb of Hannibal, Missouri; a sister and brother in-law, Mary and Jake Snelson of La Harpe, Illinois; two step sisters, Margaret Sharrow of Quincy and Cecelia Sharrow of Palmyra; as well as his first wife, Georgia Dahn.
In addition to his parents, he was preceded in death by two brothers, Jessie and William Webb; a sister, Frances; five step-brothers, Phillip, Raymond, James, Michael and Cecil Tangman; as well as three step-sisters, Patricia Tangman, Lisa Tangman and Virginia Booth.
A Memorial Visitation will be held from 9 a.m. until time of Memorial Service at 10 a.m., Saturday, Dec. 18, 2021 at Fieldon Baptist Church.
Burial will follow at Fieldon Cemetery.
In lieu of flowers or plants, memorials may be given to Fieldon Baptist Church Food Pantry.
Crawford Funeral Home in Jerseyville has been entrusted with arrangements.
Memories may be shared with the family by visiting www.crawfordfunerals.com