50 YEARS AGO: LAST MEETING OF 24-MEMBER PIKE COUNTY BOARD

Business called us to Barry last week and we were pleased to note the thrift and prosperity of the town. The Barry Adage newspaper has been enlarged and proposes to live and prosper. Croquet occupies a high position in the town.

From Barry we dropped down to Kinderhook. We weren’t very long in the town, but saw enough to satisfy us that it was highly prosperous.

There are 16 in the Pittsfield High School class which will graduate next month. The highest honors were won by Moses Glauber.

E. T. Anderson has purchased the H. I. Anderson store at Summer Hill, will take possession May 1.

In the Board of Supervisors, the balloting for chairman went on for 147 ballots for four separate individuals at different times. Finally, John McCrory of Kinderhook was elected by acclamation. Thus ended a deadlock lasting three days, such as the board had never before seen.

In the first real baseball game of the season the Pittsfield nine trounced the Hannibal Travelers 7-6. The day was a little cold for both baseball players and the fans.

Net proceeds for the Pittsfield High School Junior play, “Dust in the Eyes,” amounted to $127.50, which will be used in financing the annual Junior-Senior banquet.

The drilling for the new deep well for the city of Pittsfield is down to about 340 feet where a stratum of shale has been struck. The drilling has been pretty difficult thus far.

The Pittsfield Bowl, the Bowl Bar and the Greyhound and Trailways bus station were all closed last week due to fumes resulting from a leak in one of the big gasoline tanks at the Standard station next door.

The Pike County Health and Welfare Association will meet at Illini Hospital April 24. The topic of the meeting is polio and its treatment. There were 12 cases of polio in Pike County last year.

The girls’ dormitory at Western Illinois State Teachers’ College in Macomb has been renamed Caroline Grote Hall in honor of Miss Caroline Grote, originally from Perry, who taught in Pittsfield High School and was Pike County Superintendent of Schools from 1898-1906. She died Sept. 1, 1941, revered by all who knew her.

The 24-member Board of Supervisors brought down the curtain on 122 years of Pike County history Tuesday morning. They met in the courthouse for the final time, and Chairman Bruce Boren of Nebo adjourned the final meeting of the large board, which will be replaced by a new nine-member board.

World War I veteran Fred T. Schwartz of Levee Township was honored as the supervisor with the longest record of continuous service. He was first elected in 1937, and served for 35 years. A guest of the day was Louie Melton, who represented Spring Creek Township from 1923-1927. Also present was Mrs. Bessie Pine, one of only two women to serve on the county board. She represented New Salem Township from 1951-1954. The other woman supervisor was Mrs. Zula Thurmon of Pearl, who served from April, 1945 to March, 1948.

Inmates from the Pittsfield Work Camp have been working all winter. Now that spring has come, work has picked up throughout Pike County. “We have people waiting for service now and I like that,” said Captain Gary Mendenhall of the work camp. “In just the month of March we have averaged almost 4,000 hours of inmate labor.” Mendenhall said there are 10 crews working now, and he hopes to have 15 crews working.

Griggsville Mayor-elect, Paul Whatley, presented retiring Mayor Jerry Allen with a plaque commemorating his 24 years of service to the city of Griggsville at the April 16 city council meeting.

Prior to the monthly Pike County Board meeting Monday, former board members were invited for a gathering to commemorate the 40th anniversary of the first meeting of the nine-member county board in 1972. The former Pike County Board chairmen who attended were Bill McCartney, Harry Wright, Scott Syrcle, Lester Vincent and John Sheppard.

The Pike County Landfill has been serving Pike County since 1992, and will continue to do so, except under a new banner. The landfill, which is owned by Area Disposal and is located northeast of New Salem, will now be known as Hickory Ridge Landfill.

Pittsfield High School teacher Mark Heffington won the “Teacher of the Year” award at the 29th annual Pike Press All-County Scholars Banquet April 19. He was nominated by one of his students, Austin McCartney. 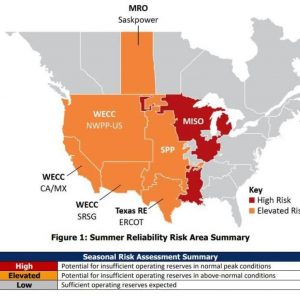 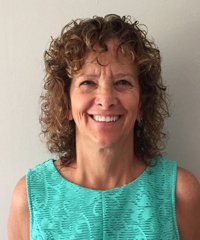 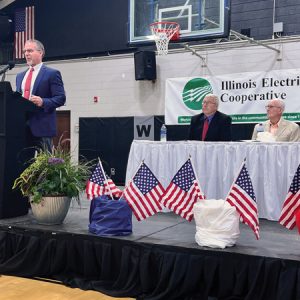