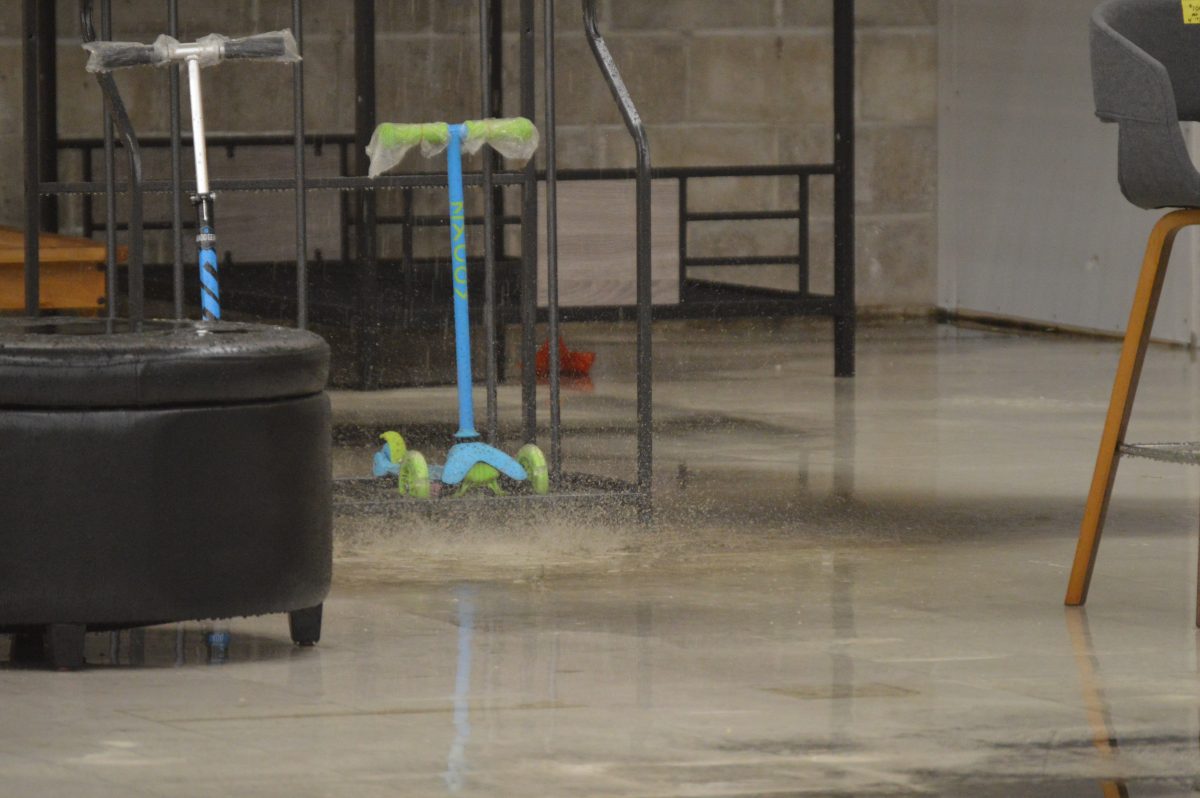 Carissa Sitki/ Jersey County Journal
Water rains down from the ceiling onto a pair of scooters at the front of Bargain Outlet in Jerseyville last Friday. The incident was believed to be caused by an old sprinkler head.

Bargain Outlet in Jerseyville had a soggy start to the Easter weekend, due to a sprinkler malfunction at the front of the store on Friday, April 15.

The incident took place around 3 p.m. when water began to pour from the ceiling in a front corner of the store. Employee Justin D., was working about 10 feet from the sprinkler when it went off. He said he heard a weird sound and looked over and saw that the sprinkler was the culprit.

Building Manager, Paul Settles, said there was a fire alert that came through their system, but he believed it was triggered by the sprinkler since there was no visible fire or smoke. “I think the sprinkler was just faulty,” he said. “There wasn’t any fire or smoke or anything in here that we could see.” 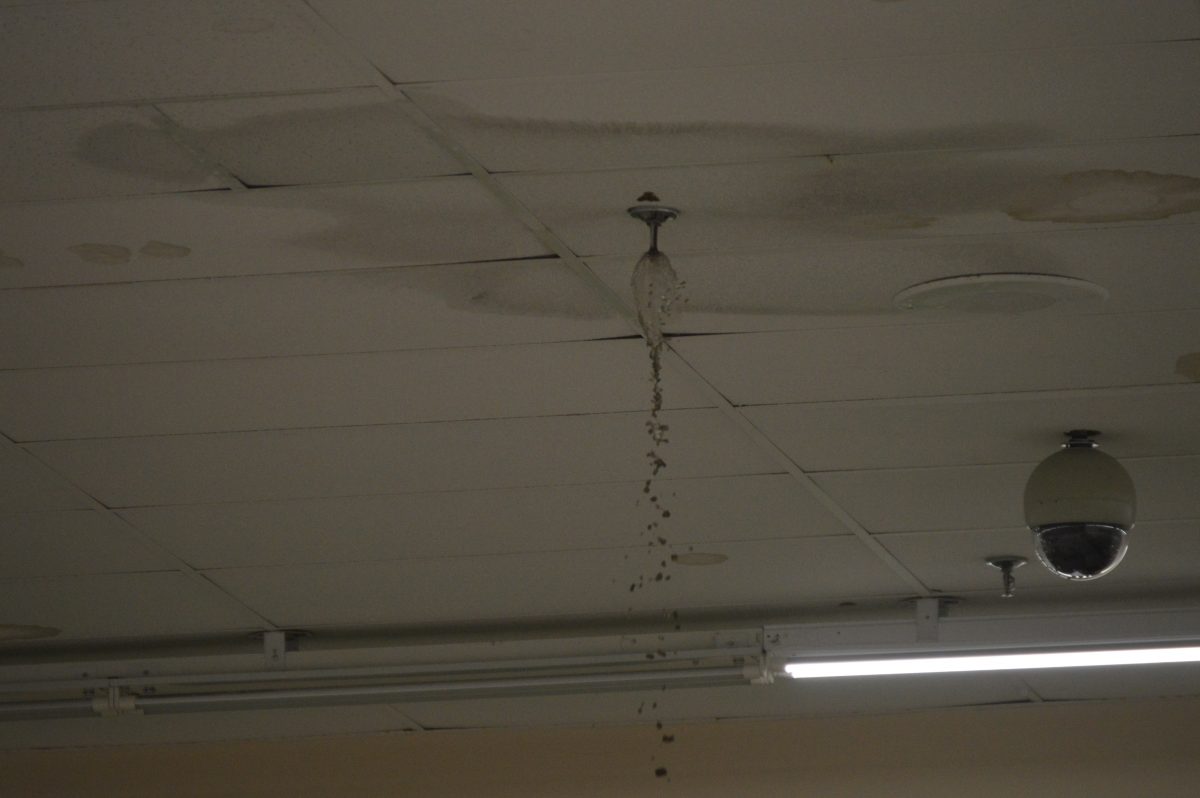 Carissa Sitki/ Jersey County Journal
Water continues to trickle out of a sprinkler at the front of Bargain Outlet in Jerseyville, after the fire suppression system was turned off. 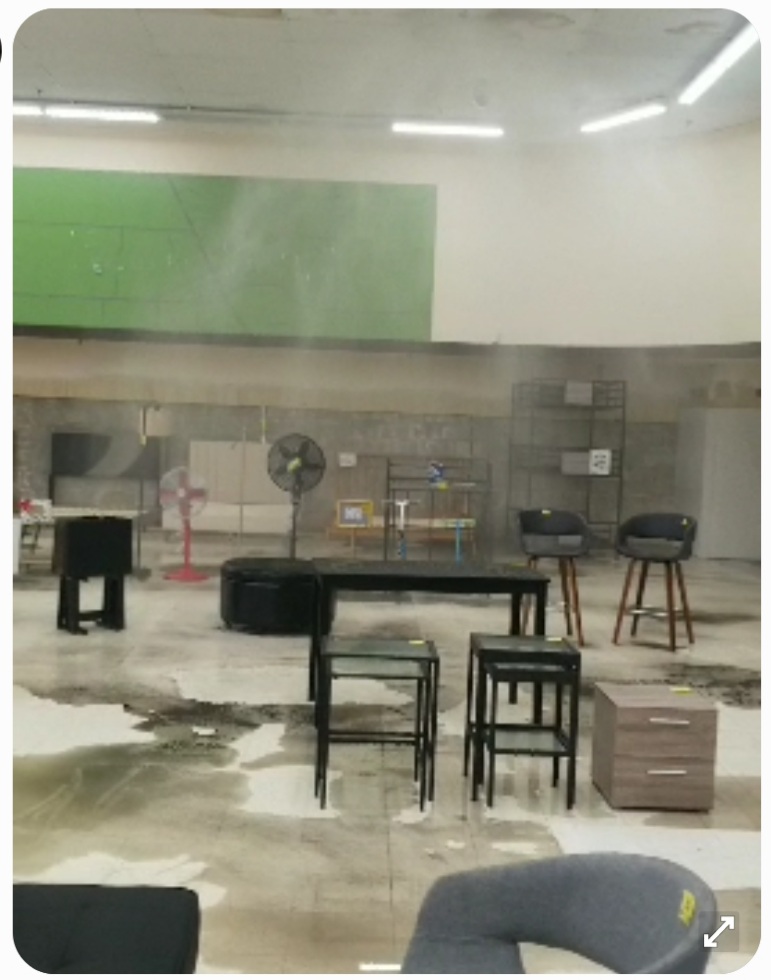 Submitted photo
Screenshot from a video taken by a Bargain Outlet employee that shows water pouring from the ceiling just as a sprinkler was activated last Friday.

Store employees and the fire department acted quickly to move inventory out of the way. Owner Cindy Brown Kolb, who was in Albany, Mo. opening another store at the time of the sprinkler malfunction, said that the damage to inventory was relatively minimal, only losing two items. She also said the main damage was to ceiling tiles that will need to be replaced.

“We appreciate all of the help and quick response from the fire department,” said Brown Kolb.

The store remained closed through the weekend for cleanup, and reopened on Monday afternoon. Everything has been cleaned up and the fire suppression system is back on.

Brown Kolb added that the building is older and the fire suppression system passed inspection, but this incident was likely caused by an old sprinkler head, not a fire. She said that Fire Safety came in and replaced it.

Despite the large amount of water evacuated from the ceiling, only one sprinkler was involved in Friday’s incident. According to Norman, many people think that when fire suppression systems are activated all of the sprinklers will turn on, but that is not the case. “The heads on these sprinklers have a glass filament that breaks when it heats up,” he said. “Only the sprinklers closest to the heat source are activated.” 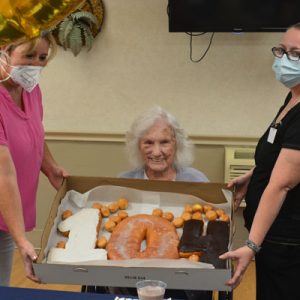 Jerseyville learns about the yummy-sounding sport of pickleball

Why Shop and Eat Local