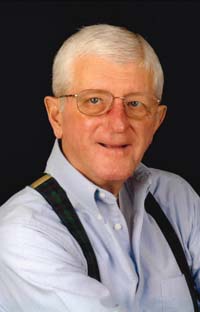 Jerry William Graham, 83, of Jerseyville, died peacefully at 1:15 p.m., Sunday, July 31, 2022 at his residence.
He was born in Kansas City, Missouri on Jan. 24, 1939 to S.W. “Bill” and Helen Louise (Van Winkle) Graham.
When Jerry was twelve years old, the family relocated to Jerseyville where Jerry graduated with the Class of 1957 from Jersey Community High School. He went on to further his education at the University of Missouri in Columbia, and upon his return home, began working for the family business, Graham’s 5 & Dime Variety Store.
Jerry worked tireless to provide the best life possible for his family, owning and operating Graham’s 5 & Dime Variety Store as well as Graham’s Public Storage, all in Jerseyville. The family dime store operated in downtown Jerseyville until 1998. Jerry built his first storage facility on West Carpenter Street in 1989, later adding a second location on Highway 109. He continued to expand the Highway 109 location throughout the years to meet the demands of the community, and up until just one week prior to his passing, remaining an integral part of the business’s day to day operations.
He married the former Virginia F. “Ginni” Fritz on Dec. 30, 1977 at the First United Methodist Church in Jerseyville. Throughout their nearly 45 years of marriage, they have been blessed with many wonderful memories together.
Jerry was passionate about giving back to his community through various causes and also served as Volunteer Firefighter with the Jerseyville Fire Department for many years until 1986.
From a young age, he developed a love for Trap Shooting and was renowned throughout the State for his skill and was inducted into the Illinois State Trap Shooters Association Hall of Fame on June 15, 2012.
He also enjoyed golfing, and as of late, enjoyed the peace and serenity of reading a good book.
Throughout his life, he remained devoted to his family. The greatest joys of his life came from the time he shared and the memories he created with them all. Whether it be spending time together on the family farm, traveling with Ginni or simply gathering with his grandchildren, he treasured it all.
Surviving are his wife, Ginni Graham; two sons, Mark Graham and his companion, Joy Bray, and Kyle and Darcy Graham, all of Jerseyville; nine grandchildren, Lauren (Tony) Sullivan of Center Valley, Pennsylvania, Karyn (Sam) Liebler of Jefferson City, Missouri; Liam, Reid and Colin Graham, Grant, Rylea, Griffin and Ryker Smith, all at home; five great grandchildren, Graham, Will, Liv, Korbyn and Rowyn; as well as one more on the way.
He was preceded in death by his parents, Bill Graham on March 1, 2002; his mother, Helen Graham Aug. 21, 2002 and a daughter in-law, Mary Elizabeth “Liz” Graham on Aug. 25, 2004.
Per his wishes, no services will be held.
For those desiring, memorials may be given to Riverbend Humane Society in Jerseyville or to St. Jude Children’s Research Hospital, in care of Crawford Funeral Home, 1308 State Highway 109, Jerseyville, IL 62052, who has been entrusted with arrangements.
Memories may be shared with Jerry’s family by visiting www.crawfordfunerals.com 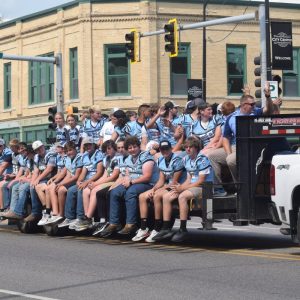 JCHS parades through Jerseyville for Homecoming 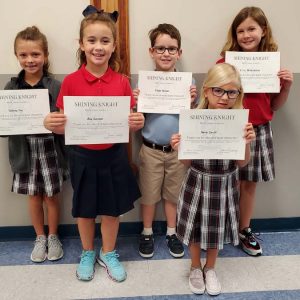 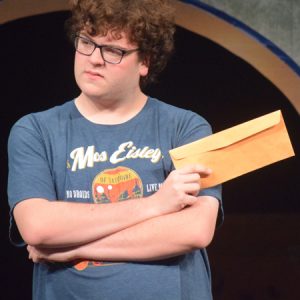 JCHS prepares for their fall play, ‘The Plot, Like Gravy, Thickens’