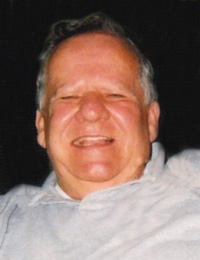 He was born on March 10, 1940 in White Hall, Illinois and grew up in East Alton, Illinois, where he was lovingly raised by Rassie Hill.

He married the former Clara Mae Dunham on September 16, 1970 at the First Baptist Church in Jerseyville, sharing in 46 years of marriage prior to her death on January 7, 2017.

Tom learned from a very young age, the value of hard work and worked tirelessly to provide the best possible life for his family, retiring as a Truck Driver for Ford Motor Company.

A country boy at heart, he enjoyed spending time outdoors fishing and playing horseshoes. He had a deep love for Country/Western music and films, with Walker Texas Ranger being among his favorites (and naturally so, as they shared the exact same birthdate).

Above all, he enjoyed spending time with his family and was fortunate to have been given the opportunity to create many lasting memories with them throughout his life.

In addition to his parents and his wife, he was preceded in death by a daughter, Theresa Link; two brothers, Gale and Ron Stierley; as well as three sisters, Clara Elder, Barbara Flynn and Lola Marsh.

Visitation was held from 11 a.m. until time of funeral services at 1 p.m., Monday, September 13, 2021 at Crawford Funeral Home in Jerseyville.

In lieu of flowers or plants, memorials may be given to the Family, in care of the funeral home.

Memories may be shared by visiting www.crawfordfunerals.com