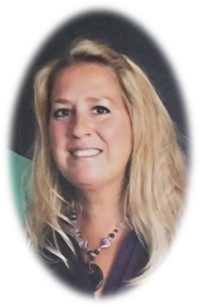 Angela K. Moss, age 55, of Pittsfield, Ill., passed away on Wednesday, Nov. 16, 2022 at Blessing Hospital in Quincy, Ill. She was born on Dec. 14, 1966 in Pittsfield, Ill., to John and Mary Kay McCartney Hayden. She married Bob Moss and he preceded her in death on July 19, 2015.
Angela graduated from Pittsfield High School in 1985. While in school, she was a Saukette and participated in the choir, and also worked summers at Farmers State Bank. Angela went on to Western Illinois University where she graduated with a Bachelor’s Degree in Finance then went to work at Dot Foods doing payroll in the Accounting Department. She later became a Realtor at McCartney Real Estate as well as an Appraiser. She finished her career as the Pike County Zoning Administrator and later worked as a substitute teacher. Angela was of the Catholic faith and was a member of Old Orchard Country Club as well as a Ladies Investment Group. She enjoyed golfing, boating, and was an avid walker. She liked spending time tending to her flowers and always had a tomato garden. Angela was a huge Saukee fan and always attended her boys’ sporting events and other activities they were involved in. She was also a Kansas City Chiefs fan and St. Louis Cardinals fan. Although Angela could always speak her mind, she was also loving and caring. She was also very giving and would always donate to anyone who needed it.
She is survived by her parents, John and Mary Kay Hayden of Pittsfield, Ill.; sons, Tucker (Kyleah) Moss and Tanner (Hayli Ring) Moss, both of rural Pittsfield, Ill.; two granddaughters, Rhoni and Maysen; sister, Jennifer (Steve) Capps of Pittsfield, Ill.; niece, Hayden Webel of Pittsfield, Ill.; nephew, Tyler (Shelby) Capps of Rochester, Ill.; special great niece, Zoey Luka; numerous aunts, uncles, and cousins; and her fur baby, Tex.
She was preceded in death by her husband of 25 years, Bob Moss; maternal grandparents, Frank and Mildred McCartney, Jr.; and paternal grandparents, Karl and Genevieve Hayden.
Visitation was held on Sunday, Nov. 20, 2022 from 4 p.m. to 7 p.m. at Niebur Funeral Home in Pittsfield. Funeral services were held on Monday, Nov. 21, 2022 at 10:30 a.m. and interment followed at Calvary Cemetery. Memorials are suggested to be made to an education fund for her grandchildren. Online condolences may be left to the family at www.nieburfh.com. Niebur Funeral Home is handling the arrangements. 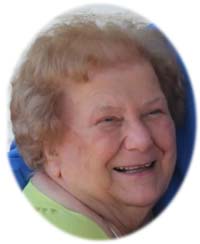 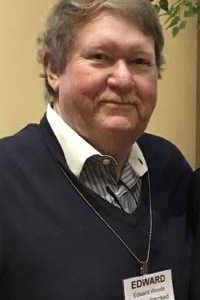