Gary Lee Price, 69, of Cottage Hills, died at 6:05 a.m., Wednesday, Aug. 31, 2022 at River Crossing of Edwardsville.
He was born on June 30, 1953 in East Saint Louis, Illinois, one of two children born to the late Carl Richard and Mildred Josephine (Kitson) Price.
Gary spent the early years of his childhood residing in Jerseyville, prior to the family relocating to the Alton area. At the age of 17, Gary enlisted with the United States Army, where he served our Country from Feb. 10, 1971-Sept. 27, 1972.
It was during his time with the Army, that Gary got his start in what would be a lifelong career in the trucking industry. He spent time as both a truck driver and mechanic throughout his career, ultimately retiring as a Truck Driver for Tyson Foods in Springdale, Arkansas in 2011.
It was while traveling the country as a truck driver that Gary developed a passion for photography, capturing many sites along the way.
He married the former Catherine (Willtshire) Hokenson on Oct. 24, 2009 in Moberly, Missouri and they shared in many wonderful memories together throughout their 13 years of marriage.
Gary also enjoyed following horse races and NASCAR races and had a love for old western films, which he never grew tired of (no matter how many times he watched them). His greatest love, however, was his grandchildren and he treasured each and every memory he was able to create with them all.
Surviving are his wife, Cathy Hokenson-Price of Cottage Hills; two children, Brent Joseph “BJ” Price of Missouri and Karlie Jo Price of South Dakota; four step-children, David Michael Hokenson of Virginia Beach, Virginia, Matthew Allen Hokenson of Bunker Hill, Melissa Ann Sheppard of Panasoffkee, Florida and Timothy Craig Hokenson of Decatur; twelve grandchildren; as well as a sister and brother in-law, Jewel and Vernon Stumpf of Batchtown.
Visitation will be held on Friday, Sept. 9, 2022 from 9 a.m. until time of funeral services at 11 a.m. at Crawford Funeral Home in Jerseyville.
Burial will follow at Rose Lawn Memory Gardens in Bethalto.
For those desiring, memorials may be given to River Crossing of Edwardsville, in recognition of the care provided to Gary.
Memories may be shared with the family by visiting www.crawfordfunerals.com 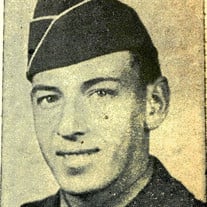 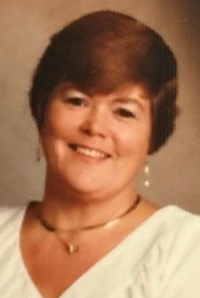