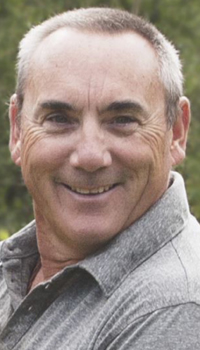 John Edward “Eddie” Craig, 62, passed away Wednesday, September 15, 2021 at Methodist Specialty and Transplant Hospital in San Antonio, Texas. He grew up in Winchester, Illinois, and spent the last 8 years of his life with his sweetheart in the hot sun of Cibolo, Texas. Eddie was born to John and Judy Craig of Winchester, IL on September 14, 1959. At the age of 19 he met his eternal companion, and they were married on February 12, 1982. Eddie was a faithful member of the Church of Jesus Christ of Latter-Day Saints. He was sealed to his family for time and all eternity in the Chicago, Illinois Temple on February 12, 1992.  Eddie loved his family with all his heart. He took pride in his grandchildren. He loved his three girls, and he will never stop loving his sweetheart. Eddie was a friend to everyone, and to know him was to love him. He always had a smile on his face and love in his heart. He loved to tinker and be in his garage fixing the next thing. He was a jokester and loved making people laugh. The greatest joy he ever had was in his beloved wife. She brought so much happiness to him, and they had a beautiful love. Survivors include his wife, Geri B Craig of Cibolo, Texas; parents John and Judy Craig of Winchester, IL; daughters Shelby (Phillip) Thatcher of Kemmerer, Wyoming, Jamie (Stuart) Fowler of Laramie, Wyoming, and Jessica (Derek) Richins of Rock Springs, Wyoming; grandchildren Joshua, Teryn, Tyler, Ella, Samuel, Demi, Benson, Braelyn, Addison, Bryce, Austin, Campbell, Phoenix, Dayton, Quincy, and Gentry; and many cousins, brothers-in-law and sisters-in-law. He was proceeded in death by brother Jay M. Craig. A Celebration of Life was held on Monday, September 20, 2021 from 6:00 to 8:30 p.m. CDT at the Schertz Funeral Home, 2217 Roy Richard Drive Schertz, Texas 78154. Funeral services were held at 10:30 CDT, on Tuesday, September 21, 2021 at The Church of Jesus Christ of Latter-Day Saints, 1142 FM-1103 Cibolo, Texas 78108.Condolences may be left at https://www.schertzfuneralhome.comA memorial was held at the First Christian Church in Winchester on Tuesday, September 28 from 6 to 8:30 p.m. 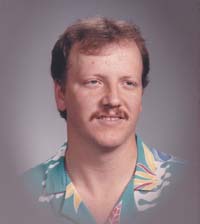