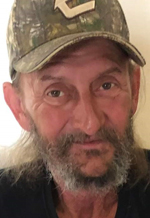 Jerry Gale Helm Jr., 57, of Canton, formerly of Evansville, Indiana, passed away at 7:20 PM on Saturday, November 13, 2021 at his residence. He was born on August 1, 1964 in Pittsfield, a son of Jerry Gale and Grace (Campbell) Helm Sr. He married Connie Perry; she survives.

Jerry graduated from Canton High School in 1982, and later graduated from the Quincy Area Vocational Center, he worked several years as a welder and in maintenance in the Indiana area. He was an avid fisherman, and hunter, but most of all he loved spending his time with his beloved dog, Jacks.

Per Jerry’s wishes, there will be no services, cremation rites will be accorded through Sedgwick Funeral Homes & Crematory in Canton. Burial of ashes will be held at a later date in Green Pond Cemetery in Pearl, Illinois. Memorials can be made to his children to help pay for the burial expenses. To leave online condolences please visit www.sedgwickfuneralhomes.com