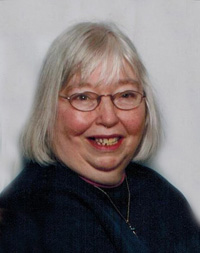 Jacqueline Adair Angleton, 78, died at 2:19 a.m., Thursday, November 11, 2021 at St. Luke’s Des Peres Hospital in St. Louis, Missouri.
She was born in Seattle, Washington on May 5, 1943, one of four children born to Thomas E. and Mary M. (Walker) Welsh.
Jackie graduated from Sedro-Woolley High School in Sedro Woolley, Washington and shortly after that met Owen Lynn Angleton on June 3, 1961. It didn’t take long to realize they were meant to be, and the two married at the home of her parents on September 1, 1961 in Sedro Woolley. Together, they have been blessed with 60 years of wonderful memories and a large, loving family.
Her life was centered around children, and even though she had seven children of her own, Jackie possessed a heart big enough to love each and every child. Her home was open to all of her children’s friends, and many referred to her as Mom. She taught for many years in child development, first with the pre-school at the Jerseyville First United Methodist Church, Illinois Valley, and retired from Sonshine Kids in Jerseyville.
Surviving are her husband, Owen Lynn Angleton of Jerseyville; her seven children and their spouses, Owen Lynn and Carol Angleton of Harlem, Georgia, Sean Edward and Debbie Angleton of California, Maryland, Judi and Roger Boker of Brighton, Rebecca and Jesse Tucker of Jerseyville, Devon and Jessica Angleton of Virginia Beach, Virginia, Paul and Sara Angleton Wentzville, Missouri and Mark and Christie Angleton of Normal; sixteen Grandchildren; three Great Grandchildren; and a brother and sister in-law, Michael and Patricia Welsh of Cameron Park, California.
In addition to her parents, she was preceded in death by two brothers, William Welsh and Daniel Welsh.
Visitation was from 4 to 7 p.m. Wednesday, November 17, 2021 at Crawford Funeral Home in Jerseyville, where funeral services will be conducted at 10 a.m. Thursday.
Private graveside services will be held at Oak Grove Cemetery in Jerseyville.
Memorials may be given to St. Jude Children’s Research Hospital.
Memories may be shared at www.crawfordfunerals.com.